I haven't been particularly well lately, but this week has been a very good'un for a few reasons...

person...  This person is home.  I know I already showed you this picture but its just that I like him so much, and I like it when he's home. 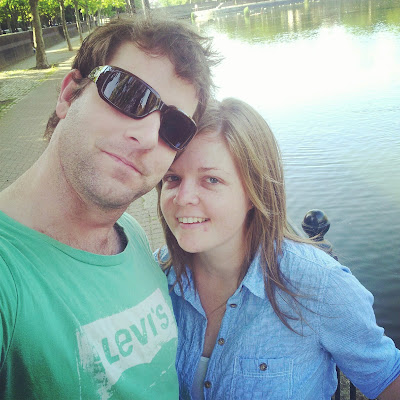 growth...  Something about watching these plants grow from seed is so reassuring and peaceful.  The coriander (ew) is growing so fast - in just two weeks it has gone from seed to this!  But what I really love is that they lean towards the sun, as if they just know they need it to survive and flourish.  There is probably some kind of metaphor in there for life and such and such but I don't feel like getting deep.  Let me know if you figure it out.

british sun...  It's as if this country hasn't seen sun in years (I don't think it has), and so this week when the temperature almost hit thirty (eeeek!) there was maximum bikini action and men with their shirts off in every part of town.  Undies, undies, undies, togs, togs, togs.  The city soaked up sun as if it thought it may never be back (and chances are it won't be...)


elderflower...  It's something I never saw at home, but sweet moses this drink is yummy.  I love the bottle too! 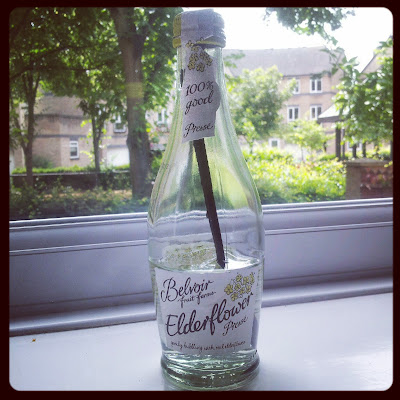 comedy...  I told you we were going to Rhys Darby this week, and we did.  I was made fun of by my pals for laughing so loud, but he was so funny!  I like laughing.  I should do more of that.

So all in all, a good week in my world!

Linking up with Meghan from MNM's for: