Linking up with Mrs. Readalot for this months book club.

This months topic is a sort 'recommended reads for the season.'  It is (supposedly) summer here in England, although this week hasn't felt much like summer!  Summer in New Zealand makes me think of light reading, chick flicks, comedies, but in Britain it feels like anything could go with this winter like weather!  So I thought I'd share my updated list of what is on my kindle wishlist.

(Note, you can't 'click to look inside from here but if you follow the link to the amazon page I've given you, you can click to look inside there!)
Bel Ami is about to become a movie, and I always like books turned into movies for interests sake.  The book was written in 1885 by a writer who later was committed to an asylum and died.  Interesting somehow, although the story itself may be a little scandalous for my taste. 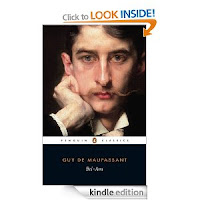 The Best Exotic Marigold Hotel is also a movie but looks like a fun and light read for summer days in Morocco (where I'm going in a few weeks!)  Both the book and the movie boast some great reviews for a funny yet heartwarming story. 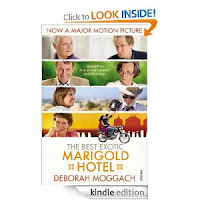 Mrs. Readalot herself has been reading this series.  I have seen the first television season of 'A Game of Thrones' and I loved it.  My Guy has the second season for us to watch but I'm pretty keen to get into the book series too.  It's already on my kindle waiting for me! 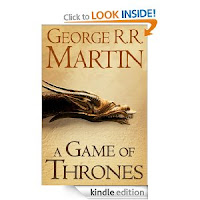 This may not interest everybody (anybody) but it is on my kindle wishlist so here it is!  Oxford Handbook of Neonatology.  I'm currently working in a neonatal (newborn baby) unit so this is interesting to me even if it isn't to you! 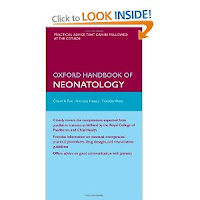 When I was younger I saw this man - Elie Wiesel - on Oprah.  An amazing man who survived Auschwitz as a child and wrote a book about it.  I cried when I saw him on Oprah and have had a morbid (yet respectful) fascination with Auschwitz and the other camps since then.  I suspect I may bawl in 'Night' too.
(Sidenote:  Have you seen 'The boy in the striped pyjamas?'  Terrible, awesome film.)

This book 'Three Weeks to say Goodbye' is interesting to me because it is about a couple that adopt a child, and then have to fight to keep her when the bilogical father decides he wants her back.  I'm interested in adoption in general, and stories like this do actually happen.  The law is vague and biased. 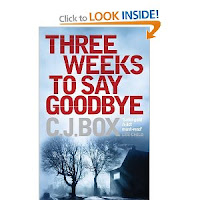 'Lone Wolf' is the only book on my list of recommended reads that I can actually recommend (the only one I've read!).  If you like Jodi Picoult, you'll like this.  I was feeling a bit tired of her same old moral/ethical/courtroom buzz, but this is fresh and new.  Try it, I think you'll like it. 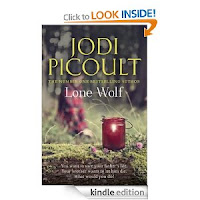 Also interestingly, Jodi Picoult has written a book for young adults with her teenage daughter, called 'Between the Lines' which is available for pre-order now.  I'll read it out of interest, to see how a collaboration goes down! 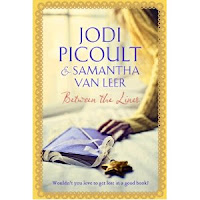 I'll be posting reviews as I read these books, so check my 'hot reads' page for more info at a later date.  What are you going to be reading this summer/winter?!