Monday memorandum has evolved in to just plain old 'memorandum' on account of the fact that it is almost never Monday when I post it.

My brain has been feeling oh so cluttery lately.  It's as if the mind can only hold a certain number of things, and when it gets overloaded it gets foggy and slow.  I don't know about you, but it makes me feel a wee bit sad, and the best cure is to get organised.  So earlier in the week I went online to me ole friend amazon and purchased a few things to help me along the way - probably the parcel of my dreams.

: :  the best delivery ever...  I got some click clack containers for our food cupboard, and some labels to label which food is ours (we live in a house with a bunch of other people).  I got a wardrobe organiser - it's kind of a canvas shelving unit that hangs from the bar in the wardrobe to put things on, right from the bar to the floor.  I got a shoe rack for all the shoes that pile up around the door.

: :  the little things that help...  I've been working too much (any much feels like too much lately!).  I had a nice shift with a lovely new friend I've made and I popped downstairs at midnight and fetched us a hot chocolate and a muffin.  It's the little things, right?!

: :  the great bike fiasco...  My friend taught me to ride a bike, and we've been riding home.  Well, I already knew how to ride but I've not done it for about twenty years.  So we ride home from work (in London alongside the big red buses).  I am slow and awful, but I'm exercising and it's a little bit fun.  Ha.

: :  sidenote...  How can I possible be old enough to refer to something as being 'twenty years ago'.  Yikes.

: :  craftastic...  I spent ages researching the stitches, techniques, yarn and hooks for crochet.  It was ridiculous how long I spent, and so I just decided to get started on a special project.  I'm amazing at starting things but poosy at finishing them so hopefully I'll have something to share with you later.


: :  public crafting...  I crafted in public on the train, too (with permission from my train buddies - wouldn't like to embarrass anyone with my geekery!).


: :  oxford for a day...  Our special pal, E has been working in Oxford for a few weeks.  What better reason to pop up to Oxford for a day spent by the river in a garden bar?  We popped by Christ Church school too, where the Harry Potter dining room scene was filmed.


: :  tuberculosis shot...  Got myself a tb shot the other day (compulsory for my work).  It's a bit fun having a festering sore on the arm, really.  I do love me a good hunk of pus (puss?)!

: :  listy list...  Purchased myself a 'list book' today.  Who doesn't love a list or two?  I saw it a while ago at the shop, and I kept thinking about it so here it is in all its deliciousness... 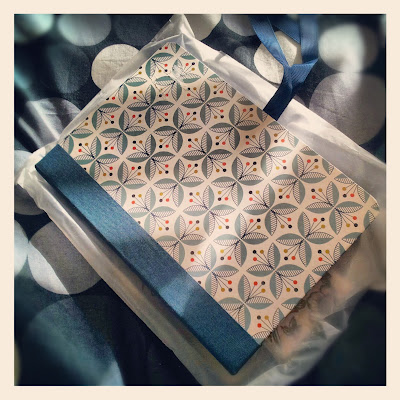 ...  look at this picture below and you'll see the amazingness of it.  On the right is a note pad.  Then on the left side a shopping list, some post-it notes and some little marker post-its.  Are you totes jell? 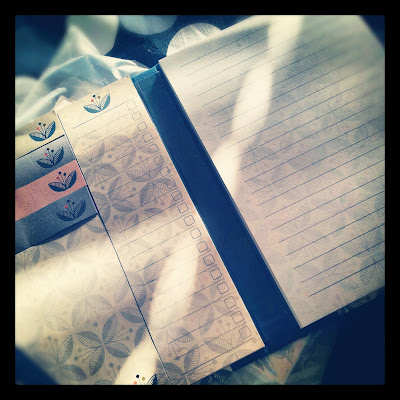 : :  call the midwife...  Such a great series, my friend E and I are watching.  Can you tell I'm watching it as I write this?  Also do you know the most incredible news - that season three of Downton Abbey is coming out soon.
Shut... Up...

: :  stratford...  Popping up to Stratford (where the olympic park is) for a spot of lunch (and to buy list books to feed my organisation fetish) is something I like to do, and we went today.  There is a burger restaurant called 'Gourmet Burger Kitchen' which sells New Zealand products, including 'Kaitaia fire' and...  L&P!  I took the liberty of introducing my pals to it, and they were suitably impressed, I believe. 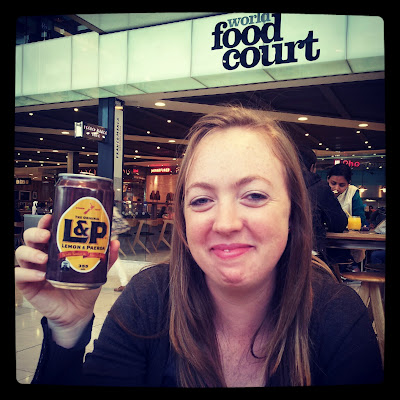 Enough rambling for one day.  I need to go and watch some more Call the Midwife, and do some crochet.  Haha.  So very 'elderly' of me.
Posted by dearfutureme... at 8:47 PM